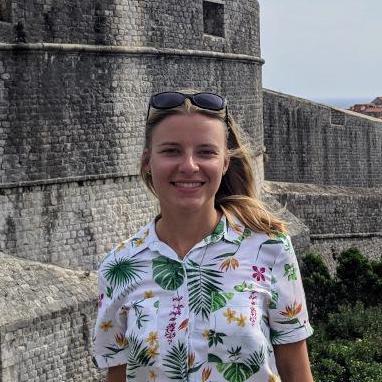 This is Lena. She loves Kotlin Multiplatform and pizza. And while she definitely won't share her pizza with you, she'd be glad to share her KMP experience. This blog is all about KMP, mobile apps and pizza.

Now that we’ve made sure the app is alive, let’s start building up our backend. We’ll have a recipe collection, so we’ll need a recipe, which consists of a list of ingredients and a list of instructions.

A simplified model of our recipes will look like this:

Let’s create a model directory in our backend module and add our data classes in a file called Entity.kt. 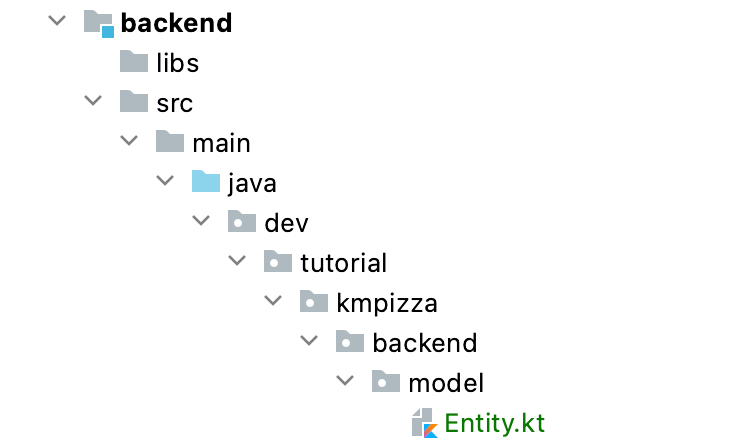 That’s good enough of a model. Realistic, but not too complicated.
What’s next?

Next we will set up a simple, but powerful server using the Ktor framework. Ktor is easy to use and has great multiplatform capabilities, which will benefit us a lot in the future when we get down to writing our networking client for the apps. First, let’s define Ktor dependencies in Versions.kt.

After syncing your gradle files, go to the backend module and if you have build.gradle instead of build.gradle.kts, change the extension, as we’re going to use Kotlin DSL throughout the project. Then add Ktor dependencies. Your build.gradle.kts should look like this:

Now we are ready to create our server. We’ll use embeddedServer and load configuration settings from the application.conf HOCON file, which we’ll place in the application resources. With Ktor you can configure various server parameters. When you create your server with embeddedServer you’ll need to specify the parameters in the constructor. Add Server.kt file to your backend and write the following:

Now let’s add an application.conf file to resources directory in backend/main (you won’t need other resources in your backend module, so you can easily delete all other directories that were created automatically, like the drawables and mipmaps, as well as test, androidTest, AndroidManifest and proguard-rules): 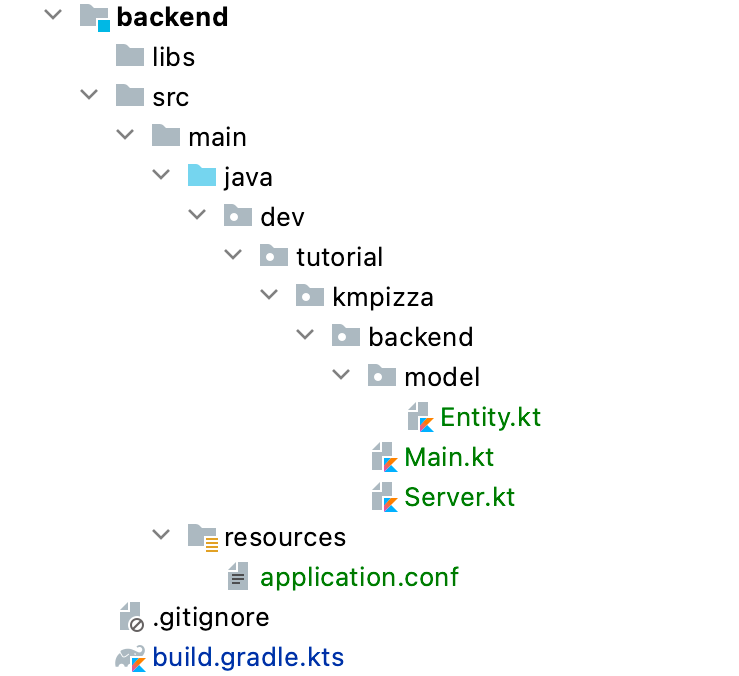 Add the following to your application.conf:

Here we configure our port: we’ll use 8080 by default for local development and in the future will be able to set the PORT variable from our environment with port = ${?PORT}.

Pay attention to the module path matching your package name!

Now add Main.kt to your backend, next to Server.kt. This file will contain one function, corresponding to the module that we’ve just specified in our application.conf.

As always, sync the dependencies.

Now we’re done with the boring part: this basic Ktor setup will be enough to begin with. Soon we’ll be able to test our backend.